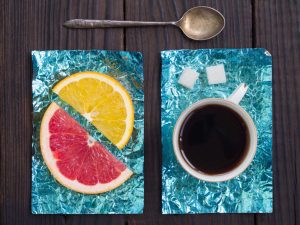 A recent study has started to investigate the link between sensitivity to better tastes and the risk of cancer.

It was conducted by researchers at the College of Agricultural Sciences of Pennsylvania State University in State College alongside a team from Leeds University in the United Kingdom.

Lead researcher Joshua Lambert and his team analyzed the data related to lifestyle and diet factors and health history of 5,500 British women over 20 years.

The scientists looked at how a woman’s ability to taste phenylthiocarbamide (PTC), which is a chemical that can be perceived as either extremely bitter or completely tasteless depending on a person’s sensitivity to bitter flavors, can influence cancer risk.

Lambert and colleagues also considered the impact of genetic variants encoding the taste receptor TAS2R38, which binds to PTC, allowing an individual to perceive its taste.

The findings, which are now published in the European Journal of Nutrition, suggest that there is a link between an increased ability to taste bitterness and a woman’s risk of developing cancer.

They collected most of their data via the UK Women’s Cohort Study, which was founded in 1995 by researchers at Leeds University, and which has been gathering information about potential links between chronic diseases — particularly cancer — and the impact of dietary factors.

Specifically, Lambert and team started from the premise that women with a high sensitivity to bitter tastes would eat fewer vegetables and be exposed to higher cancer incidence.

In analyzing the data, the scientists split the women into three groups, depending on their ability to respond to the bitterness of PTC: “super-tasters,” “tasters,” and “non-tasters.”

They found that “super-tasters” and “tasters” were, in fact, at higher risk of cancer compared with women who could not taste the bitterness of PTC. However, they did not observe a significant correlation with the amount of vegetables consumed by the women in each group.

While this confirmed part of the investigators’ working hypothesis, they were surprised to find that whether or not the women were sensitive to bitter flavors had nothing to do with their long-term dietary preferences.

“We thought [the increased risk of cancer in women with high bitter taste sensitivity] would happen because over their lifetime they would have consumed fewer bitter-tasting vegetables, which have been reported to have cancer preventive activities,” says Lambert.

But the “super-tasters” did not report eating any fewer vegetables — such as broccoli and Brussels sprouts — compared with the “non-tasters,” which puzzled the researchers.

This drove Lambert and his team to apply for a grant to the American Institute for Cancer Research with the aim of conducting a new study, taking a closer look at the relationship between sensitivity to bitter flavors and women’s risk of, more specifically, colon cancer in the United States.

The researchers also want to learn more about how bitter taste sensitivity might relate to diet on the whole, admitting that their initial hypothesis may have been too restrictive.

“Our hypothesis that women with greater bitter-taste sensitivity would eat fewer vegetables, putting them at heightened risk for cancer, was perhaps too narrow a concept. If you have an aversion to bitter taste, you are also less likely to drink alcohol, and alcohol is a risk factor for cancer.”

“Maybe,” he explains, “if we pull back and look at the whole-diet level, we will see that women who are super-tasters have a poorer-quality overall diet compared to women who are non-tasters.”